Remember Daimiel: Photo comparison before and after

I did this comparison combining photos that I took at Las Tablas de Daimiel, Spain, in Nov 2009 during the peat fires and in Aug 2010 after the unprecedented winter rains that flooded this small National Park. The comparison speaks by itself. Remember Daimiel!
Posted by Guillermo Rein No comments:

a translation to funny English is here). 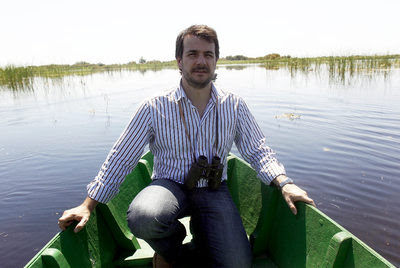 Posted by Guillermo Rein No comments:

Given the attention paid during the last month to peat fires because of the dramatic events taking place in Russia this summer [*], some might be interested in learning more about smouldering fires. Bellow is the abstract of a review paper on peat fires that I am presenting at an forest fire research conference in November.

NOTE: A recent poster presented at the European Geoscience Union. Vienna, May 2010 is on the right of the post. Click on it for pdf.


[*] Post: the New York Times featured some of my comments in that 12 Aug article.


[*] Post: The NYTimes.com blog Dot Earth features my work and links to this blog in the article "Fire Down Below" on smouldering peat fires.

[*] Post:  Quoted in the oneearth.org article "Why We Should Care About Forest and Peat Fires in Russia" by Steven Apfelbaum.


Abstract
Smouldering fires, the slow, low-temperature, flameless form of combustion, are an important phenomena in the Earth system, and the most persistent type of combustion. Large smouldering events are rare at the local scale but occur frequently at a global scale. Only after the study of the 1997 extreme haze event in South-East Asia, the scientific community recognised the environmental and economic threats posed by subsurface fires. The haze was caused by the spread of vast smouldering peat fires in Indonesia, burning below the surface for months during the El Niño climate event. It has been calculated that the 1997 fires released between 0.81 and 2.57 Gton of carbon gases (13–40% of global emissions). Smouldering fires propagate slowly through organic layers of the forest ground (shallow fires, typically 0.25 to 2 m) and can reach deeper horizons if large cracks, natural piping or artificial channel systems exist (deep fires). Biomass capable of sustaining these fires are logs, litter, duff, humus, peat, coal seams and soils with a significant organic fraction, which total carbon pool exceeds that of the Earth’s forests or atmosphere. Once ignited, they are particularly difficult to extinguish despite extensive rains, weather changes or fire-fighting attempts, and can persist for long periods of time (months, years) spreading deep and over extensive areas of forest subsurface. Indeed, these are the oldest continuously burning fires on Earth (up to 6,000 years). Differences with flaming fires are important in terms of dynamics, emissions and suppression. Whereas flaming fires result in superficial heating of the soil, smouldering leads to sterilization and loss of mass above 90% (a layer of 5 m is reduced to 30 cm). Moreover, these fires are difficult to detect with current remote sensing methods because the chemistry is significantly different, their thermal signature is much smaller, and the plume is much less buoyant than flaming fires. Smouldering fires have important implications for climate change. Warmer temperatures at high latitudes are resulting in more frequent Artic fires and unprecedented permafrost thaw is leaving large soil carbon pools exposed to smouldering fires for the fist time since ancient times. This paper revises the current knowledge on smouldering fires in the Earth system regarding ignition, spread patterns and emissions, and presents a series of case studies on real fires (2006 Rothiemurchus, 2008 Evan’s Road and 2009 Las Tablas de Daimiel).