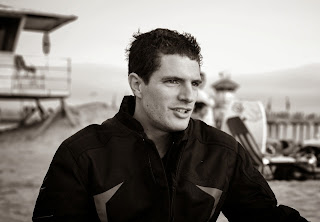 Today was the first day of Francesco Restuccia at Imperial College London as new PhD student in m group. He joins the Imperial Haze Lab in the Department of Mechanical Engineering.

Francesco is from Italy. He became  a Mechanical Engineer from the University of Edinburgh in 2012, and then obtained an MSc degree from California Institute of Technology in 2014. At Caltech, Francesco studied numerically the problem of accidental ignition of liquid fuel tanks. At Edinburgh, he worked on smart distribution networks and renewable energies. He also spend time conducting experiments at CERN Cryogenics.

The preliminary title of his thesis is "Computational Study of Porous Reactive Media" and is funded by EPSRC. The aim of the thesis is to provide a better understanding of fundamental smouldering phenomena to aid in the mitigation and prevention of peat and coal fires. This is frontier research at the interface between combustion science and Earth sciences.
Posted by Guillermo Rein