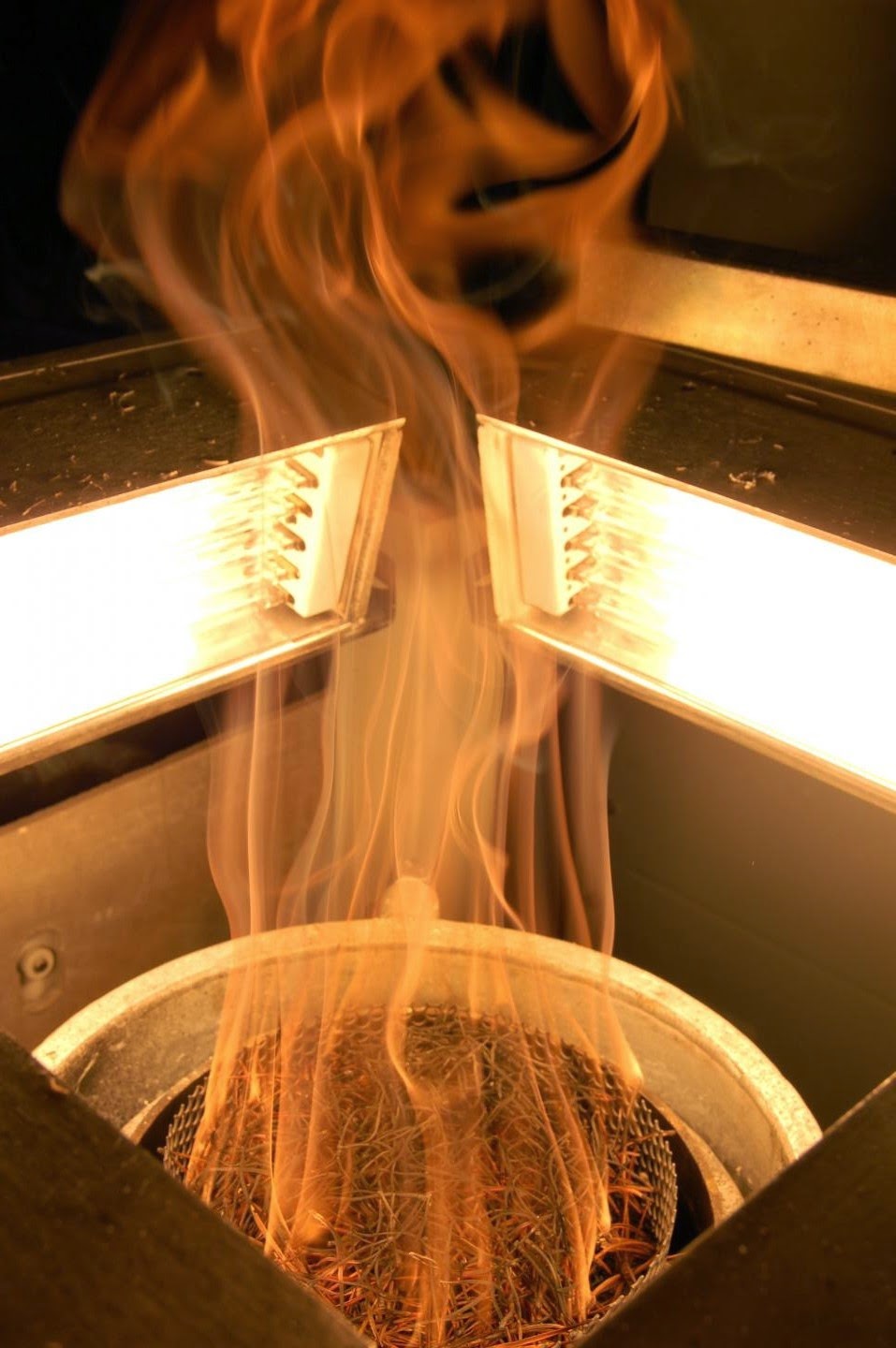 Pioneering new research published in the Journal of the Geological Society.has debunked the theory that the asteroid that is thought to have led to the extinction of dinosaurs also caused vast global firestorms that ravaged planet Earth.


A team of researchers from the University of Exeter, Imperial College London, Planetary Science Institute and University of Vienna recreated the immense energy released from an extra-terrestrial collision with Earth that occurred around the time that dinosaurs became extinct. They found that the intense but short-lived heat near the impact site could not have ignited live plants, challenging the idea that the impact led to global firestorms.

These firestorms have previously been considered a major contender in the puzzle to find out what caused the mass extinction of life on Earth 65 million years ago.
The researchers found that close to the impact site, a 200 km wide crater in Mexico, the heat pulse - that would have lasted for less than a minute - was too short to ignite live plant material. However they discovered that the effects of the impact would have been felt as far away as New Zealand where the heat would have been less intense but longer lasting - heating the ground for about seven minutes - long enough to ignite live plant matter.

The experiments were carried out in the laboratory and showed that dry plant matter could ignite, but live plants including green pine branches, typically do not.

Dr Claire Belcher from the University of Exeter said: “By combining computer simulations of the impact with methods from engineering we have been able to recreate the enormous heat of the impact in the laboratory. This has shown us that the heat was more likely to severely affect ecosystems a long distance away, such that forests in New Zealand would have had more chance of suffering major wildfires than forests in North America that were close to the impact.  This flips our understanding of the effects of the impact on its head and means that palaeontologists may need to look for new clues from fossils found a long way from the impact to better understand the mass extinction event.”
Plants and animals are generally resistant to localised fire events - animals can hide or hibernate and plants can re-colonise from other areas, implying that wildfires are unlikely to be directly capable of leading to the extinctions. If however some animal communities, particularly large animals, were unable to shelter from the heat, they may have suffered serious losses. It is unclear whether these would have been sufficient to lead to the extinction of species.

Dr Rory Hadden, who was part of Dr Guillermo Rein's group in Imperial College by the time of the research and now is at the University of Edinburgh, said: “This is a truly exciting piece of inter-disciplinary research. By working together engineers and geoscientists have tackled a complex, long-standing problem in a novel way. This has allowed a step forward in the debate surrounding the end Cretaceous impact and will help geoscientists interpret the fossil record and evaluate potential future impacts. In addition, the methods we developed in the laboratory for this research have driven new developments in our current understanding of how materials behave in fires particularly at the wildland-urban-interface, meaning that we have been able to answer questions relating to both ancient mass extinctions at the same time as developing understanding of the impact of wildfires in urban areas today.”


The research was supported by a European Research Council Starter Grant, a Marie Curie Career Integration Grant, the Leverhulme Trust, the EPSRC and the Austrian Science Fund
Posted by Guillermo Rein