Radio interview on technology and the McMurray wildfire

Last week I was interviewed by Gareth Mitchell for the radio Click of the BBC World Service about the Fort McMurray wildfire in Canada. It is a short piece, just 3 min long, and it can he heard here. I was asked about the role of technology fighting wildfires, and I chose to highlight tankers, satellites, drones, and computer models. This is the text by BBC introducing the recording:


"The wildfire in Alberta, Canada, seems to be diminishing and residents should be able to return to the city of Fort McMurray over the next two weeks. The fire had appeared to be out of control just a few days ago but thanks to favourable weather conditions appears under control. The weather has played a huge part, but what about technology? AI, drones and satellites have all been used. Dr Guillermo Rein, from Imperial College, London and Editor-in-Chief of the journal Fire Technology explains how tech is now incorporated in fire management." 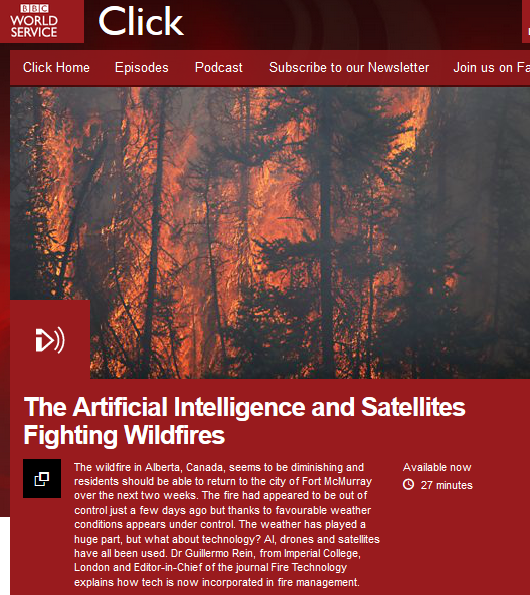